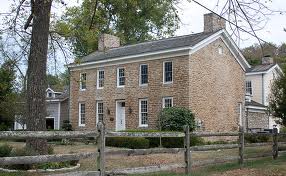 The Elliott House (c.1800) is the oldest remaining house built in Indian Hill. In fact, it is one of the oldest houses of the Miami Purchase, and it was listed on the National Register of Historic Places in 1976.  This “large stone house” was the home of the Elliott family until 1898, when it was sold to the Sterrett family.

John Elliott came to America from Northern Ireland about 1784, at the age of 22, and went to Pennsylvania.  The next year he was joined there by his two brothers, the only survivors of a shipwreck in which the rest of the family perished.  John and his young wife went west in 1787, and “settled on a millsite that he had previously discovered on the Little Miami River at the mouth of Sycamore Creek.”  They took with them only “a horse, a cow, a gun, and axe, and some small articles.”  Until they built a cabin, “they lived in an immense sycamore tree, whose interior had decayed until it formed a room eleven feet in diameter.  It was from this great tree that Sycamore Creek derived its name.”  He later said the Indians in the area were “thievish and hostile” and “annoyed them greatly for several years.”

They paid for, cleared, fenced, and farmed their land, planted an orchard, raised and educated a family of six children.  They built the current Elliott House of stone, “where their daughters were married, and their sons came home with their brides.”

The Elliott family members became prosperous millers.  They built a dam across the 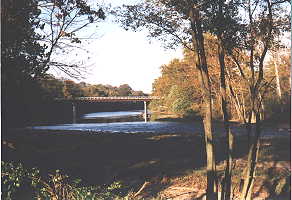 river, and set up a flour mill, a saw mill, a wool carding mill, and a distillery.   Their products were sent down the Little Miami, Ohio, and Mississippi Rivers to New Orleans to be sold.

The original construction techniques used in the Elliott House bridged manual (hand-hewn) and mechanical (water-powered) technologies.  An old log gutter was hand hewn from a 40 foot tree, while the wooden floors showed evidence of being sawed with water power.  The hand cut limestone walls which are two feet thick have been restored, and a beehive oven was discovered behind the kitchen fireplace. 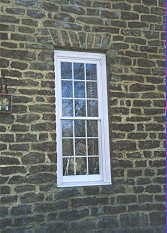 When the Sterrett family moved into the house in 1898, they modernized and remodeled it, enclosed the back stairway, and covered the outside stonework.  It was also the only house in the area that had central heating.  The water storage for the bathroom on the second floor was a large cypress tank, and the water had to be pumped up from a pump in the kitchen.  Thomas Sterrett, who was born in the Elliott House in 1900, recalled that “every Saturday I had to take my turn at the pump.”  He also stated “we had our own icehouse, directly between the back walk and the porch.  Our ice was cut from the river, and we had a walk-in cooler for meat, milk, etc.”

Then, in 1920 the property was sold to Henry S. Livingston, who deeded it to the United Jewish Social Agency.  This group operated Camp Livingston (a summer camp) there for almost fifty years.  A large kitchen and dining areas were added to the stone house and it was used as the camp’s main lodge, with smaller cabins surrounding the area.

In 1967 the Village of Indian Hill bought Camp Livingston and made the house and grounds available for school use as an outdoor education center.  During the next few years children were taken on tours of the house, and its history was related to them.  However, when it was determined that the building would not meet school building codes, no more students tours were allowed.

After 1976 and Elliott House Restoration Committee raised money to secure archeological studied and architectural evaluations. In an effort to return the structure to its original form, an addition to the rectangular house was removed, and the entire house was stripped down, defining the original walls, beams, stairwells, windows and chimneys.  The shingle roof was replaced, two chimneys were restored, and the exterior masonry was repointed.  Further Committee fundraising efforts failed to obtain the money needed for complete restoration, so in 1985 the Village sold the building and leased the land for 99 years to the current owners, who agreed to authentically restore the home.  In the years since, the house has been faithfully rebuilt, preserving many of its original features, from the solid cherry staircase to the fireplaces.

The Elliott House stands today, looking much as it did almost two hundred years ago.  Alongside the banks of the Little Miami River, site of Elliott mills, it is still home to one of the families of Indian Hill. 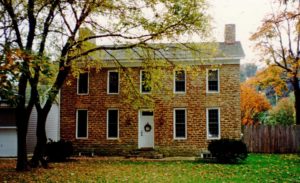